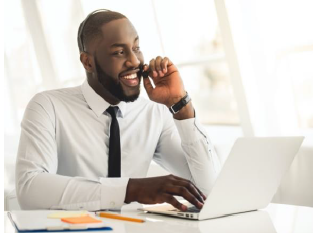 What’s the least comfortable you’ve ever been during a discussion with a prospect?

We've all been on sales calls where things have gotten a little awkward. It is probably not difficult at all for you to recall a time when the prospect you were talking to was acting uninterested…or maybe even a little bit hostile. How did you respond? How would you respond if you found yourself in such a situation again?

When a discussion started going south and seemed unlikely to improve, maybe your first inclination was to thank the prospect for his or her time, shake hands, and end the meeting. Here's some advice. Don't.

Hang in there. Your job now is to ask a question that puts the real issue on the table. You are in the reality-discovery business. Tactfully, professionally, firmly find out what is going on.

Chances are it's not you that's the problem. Maybe it's your company's past performance that's the real issue. Or perhaps the buyer has had an issue with another company that has sold similar products or services to yours; perhaps those past problems are being projected onto your current discussion. Or maybe another salesperson in another industry did something that has nothing to do with you or what you are offering. Maybe there is an internal political problem of some kind that is affecting the prospect's mood. Who knows? The person might simply have gotten a terrible night's sleep.

The point is, you must call time-out and ask what is really going on. You will never find out unless you ask!

"Bill, you seem a little bit skeptical. Is there something that I've said or done that makes you feel this way? And if there is, could we talk about it?"

"Bill, I am sensing that there is a problem. Would it be okay if we talked about that for a minute?"

You may find some way of expressing the same basic idea that doesn't use either of these models but uses your own words. That's fine. The important thing is that you ask what is going on when you can clearly sense that there is something wrong.

Asking a question like this takes the pressure off you. It encourages the prospect to begin working through the issue, whatever it is. And it helps both of you to identify the roadblock, deal with it, and get back to the interview.

The next time you're in an uncomfortable sales call, don't bail. Hang in there and remember this simple selling rule: Never help the prospect end the interview!

You Must Work a Prospecting System

Can you put a price on pain? 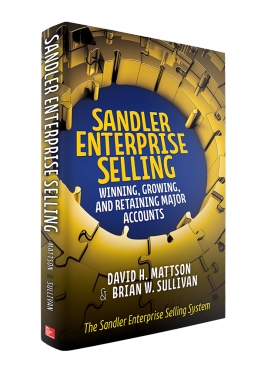 How to Succeed at Enterprise Selling [Podcast]